Sorry this property is Sold. Click here to search other similar properties. 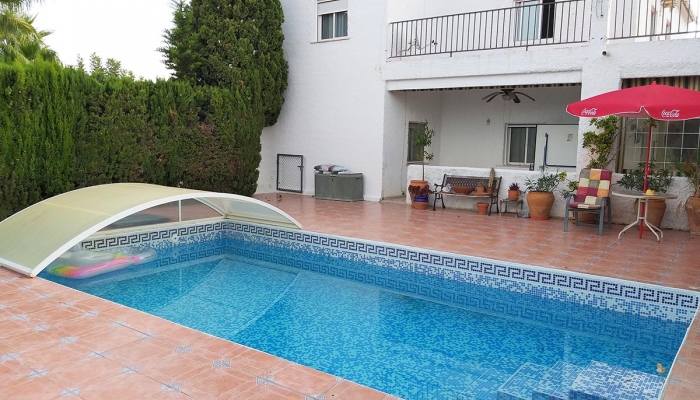 Detached villa with a private pool in La Marina for sale

The chalet is partially furnished, located in a quiet area.

San Fulgencio is a municipality in the Valencian Community, Spain, located south of the province of Alicante, in the Vega Baja del Segura region. It is located 16 km south of the city of Elche, 22 km from Orihuela, capital of the region and 26 km from Alicante - Elche airport.

San Fulgencio, despite being in an enclave near the sea, does not own any percentage of coastline and two neighboring towns, including Elche and Guardamar del Segura, are those that have it.

The area represents one of the highest rates of registered foreign residents in Spain. It is one of the few Spanish municipalities where English has been the predominant language among the population due to the fact that the population of British origin has equaled or surpassed the Spanish.

It also has a unique population entity attached to the urban nucleus, La Marina - El Oasis, which is 5.5 km away and 46 meters above sea level. Its construction began at the end of the 80s. It includes different nuclei of buildings: La Marina, El Oasis, Monte Victoria, La Escuera, El Oral and Las Pesqueras.

299.999€
Notify me when prices drop Add to favorites Delete from favorites Send to a friend Print PDF
×
×